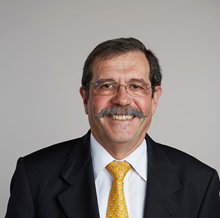 Alain Aspect, a researcher at the Charles Fabry Laboratory of the Institut d'Optique Graduate School, has just been named an "Honorary Member" of the International Optical Society (Optica), formerly the Optical Society of America (OSA), in honor of his contributions to "shedding light on fundamental aspects of the quantum behavior of single photons, pairs of photons and atoms.

Honorary membership is the most distinguished of all Optica membership categories and is awarded by unanimous vote of the Optica Board of Directors to individuals who have made major contributions to the field of optics. Their number is limited to two thousandths (2/1000) of the total membership of the Society.