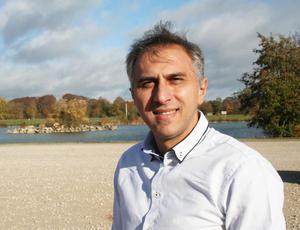 Riad Haïdar becomes the new Deputy Director General for Education of the Institut d'Optique Graduate School from January 10, 2019, for a period of 5 years. He takes over from François Balembois, who had assumed the previous mandate.

Riad Haïdar is appointed by Frédérique Vidal, Minister of Higher Education, Research and Innovation, on the proposal of the Board of Directors of the Institut, who interviewed the candidates during its plenary meeting on 20 December 2018.

Riad Haïdar is already a regular at the Institut d'Optique. Graduate engineer (class of 1999), holder of an Habilitation to Direct Research in physical sciences, Riad Haïdar is director of research at ONERA, where he conducts R&D in nanotechnologies and opto electronics. Since 2017, he has been the scientific director of the Physics department, which comprises 400 researchers and doctoral students. Riad Haïdar is also Professor Lecturer (PCC) at the École Polytechnique, and regularly teaches courses Institut d'Optique. He is heavily invested in scientific activities on a national scale, and is VP of the Société Française d'Optique and the editor-in-chief of the journal Photonics.

At the same time, Riad Haïdar retains his function as scientific director of the Physics department at ONERA, with the pronounced ambition to strengthen the synergies between training and R&D activities in the promising field of photonics.